How to Have a Courageous Conversation

On January 6 of this year, many were shaken by the violent attack on the Capitol in the United States attempting to halt the vote count from the recent presidential election. Global news and social media channels across the world depicted rioters storming the building; many of whom were touting symbols of White supremacy. Black Lives Matter activists were quick to point out that their organization’s peaceful marches over the summer were met with much more hostility than those storming the Capitol. As suggested by Alex Vitale in the podcast Code Switch, this attack only highlighted the broader issue of systemic racism that continues to endanger Black lives, not only in the US, but in Canada as well.

The pressure was on for teachers — how would they address these issues in their classroom? After all, aren’t they the ones responsible for shaping young minds to create a better tomorrow?

Britt Hawthorne, an anti-bias and anti-racism trainer, took to Twitter to criticize this viewpoint, saying:

As adults, we hold just as much power to address social issues in our daily lives, and our silence speaks volumes to the younger generation.

Many people, including myself, have likely thought, “It’s not that easy to bring up social justice issues in everyday conversation. I can’t just walk up to someone and ask them about their thoughts. It would just be awkward!”. In our conventional definition of a conversation, this might be true. A Courageous Conversation, however, might not be as forced as you think.

In TREE programs, we use an iceberg model to talk about different positions and opinions. On the surface, we might see their general ideas and opinion — but this is only the tip of the iceberg. Below the surface, we see the person’s in-depth story; a variety of factors that are influencing their stance. The only way we can get below the surface is to dive in — and invite them to dive into your stories too. Here are three tips for having a Courageous Conversation with someone.

“This all sounds great on paper,” you may be thinking, “But I’ve never talked about this kind of stuff with someone before. It would be weird!”.

Yes, it absolutely can be! If the intent of a Courageous Conversation is to learn more about the other person, then all the more reason to get started. It can be as simple as, “Hey, did you watch the news last night? What do you need to feel supported?”, or “You know, I don’t think we’ve ever talked about ____ before. Want to talk about it at lunch?”. These conversations are not about making the other person see our side, but rather acknowledging that we don’t know their story well enough to go any further than where we are.

Regardless of your role as a teacher, student, parent, or friend, we cannot leave it to others to do all the talking; we can courageously jump beneath the surface together — there are deeper waters to explore!

Hawthorne, B. [@britthawthorne_]. (2021, January 6). I see the “Teachers, what are you going to say to your learners tomorrow” posts and [Tweet]. Twitter. https://twitter.com/britthawthorne_?lang=en

Photo by mentatdgt from Pexels 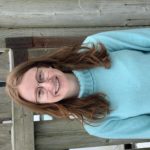 Haley Bauman is a graduate from the University of Waterloo with a BA in Therapeutic Recreation. During her undergrad, Haley completed a placement at a high school in Brampton that helped her discover her passion for working with children and youth in urban schools. Haley is currently pursuing her Bachelor of Education from Western University with a specialty in Urban Education. She is excited to be involved with TREE and learn more about social justice in education contexts.