How Restorative Justice Changed My Parenting and Teaching

As a parent and an educator when dealing with a child who has done something wrong, my first response was to consider the rule that was broken and how to prevent that behaviour from occurring again. Many times, whatever the child was doing would stop, for a while.

However, I became increasingly frustrated with the lack of staying power my solutions were generating. I thought, “There must be a way of having the young person understand what they had done and to prevent it from happening again.”

When I was exposed to restorative justice several light bulbs began to flash for me.

First of all, the “wrong” that the child had done was not the breaking of a rule. The wrong was that harm had been done to someone and a relationship had been damaged. Whether this was a bullying situation on the schoolyard OR a broken window at home someone had been harmed.

The important aspect was that the relationship with someone, i.e. friend, teacher, parent, custodian, neighbour had been drastically impacted by the child’s action. By focusing on the broken rule (don’t throw rocks at windows!) it was easy for the child to keep the result of their actions focused on a thing whether that was the rule or window.

Helping the child recognize how a person was impacted brings the sense of responsibility back to where it belongs, inside the child. They harmed someone by their actions. That reality is much more difficult to brush aside than breaking a rule.

The second light bulb flickered and came to life when I understood that by me determining the consequences, I again kept the responsibility away from the child. Yes, they were being punished and it was coming from an outside source imposing something on them. I, the external, bigger more powerful force was inflicting “justice” on them.

Once again, the child did not have any input or take any responsibility for causing the harm. They just had to do what someone else said they had to do. This provided them someone else to blame and took the focus away from their actions. “I am grounded because my dad said so and he is mean.”

After helping the child recognize the harm their actions have caused, the next step is having them contribute to deciding how the harm will be repaired. In other words, how will they meet their obligations to the relationship that their actions had damaged?

I am continually surprised at the creativity and appropriateness of the child’s solutions to healing the harm. They “know” what is required and often only need a safe place to express their ideas and remorse.

The willingness of an adult to listen to and value the child’s input goes along way to empower the child. When the adults understand and use the principles of restorative justice, the children are the true beneficiaries as they grow and learn about themselves. 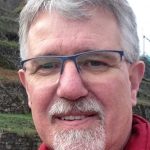 Dennis Gingrich is a retired teacher and consultant who is currently a restorative justice (RJ) practitioner, educator and trainer.  He teaches courses in RJ at University of Waterloo and Wifrid Laurier University as well as gaining valuable experience with Correctional Services Canada in their Restorative Opportunities program. He is a member of TREE’s Advisory Team.