4 Ways to Respond to Conflict as a Bystander

Between the ages of 5 and 18, I rode the bus to school nearly every morning. Each day was different; some days were calm, and others were boisterous, but most days included some kind of conflict. I did my fair share of instigating those conflicts, but I also had the opportunity to observe plenty of others in conflict. Sometimes, I would step in, but most of the time I wouldn’t, telling myself a version of these stories.

“I should mind my own business.”

Have you ever been a bystander to a conflict? Maybe between your friends, students, children, parents, or even strangers? It can be hard to know when and how to step in when we witness others in conflict situations.

For example, as a parent with more than one child, your children have likely experienced many conflicts with their siblings. As an adult who knows and cares for each of them, you may need to intervene when those conflicts happen to maintain their safety and encourage them to become independent problem-solvers and strong communicators.

It’s hard to know when to step in. Just like in the stories I told myself as a child on the bus, there are things that keep us from standing up in conflict situations.

As adults in care-taking positions, we will likely need to step into some of the conflicts that we witness.

The big question, then, is how do you respond, both as a caring adult but also as someone who witnessed the situation?

Here are four different approaches to the conflicts you witness with young people:

Interested in learning more about being an active bystander? TREE is a partner in the Canada TAB Hub, and offers training for grades 4-12 and adults.
Learn more about TAB Training.

How do you intervene in conflict situations? We’d love to hear your thoughts below! 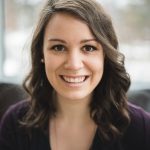 PreviousHow to Come Back to Conflict Conversations: Part 2
Next6 Tips for Building Conflict Resolution Skills in Children’s Early Years